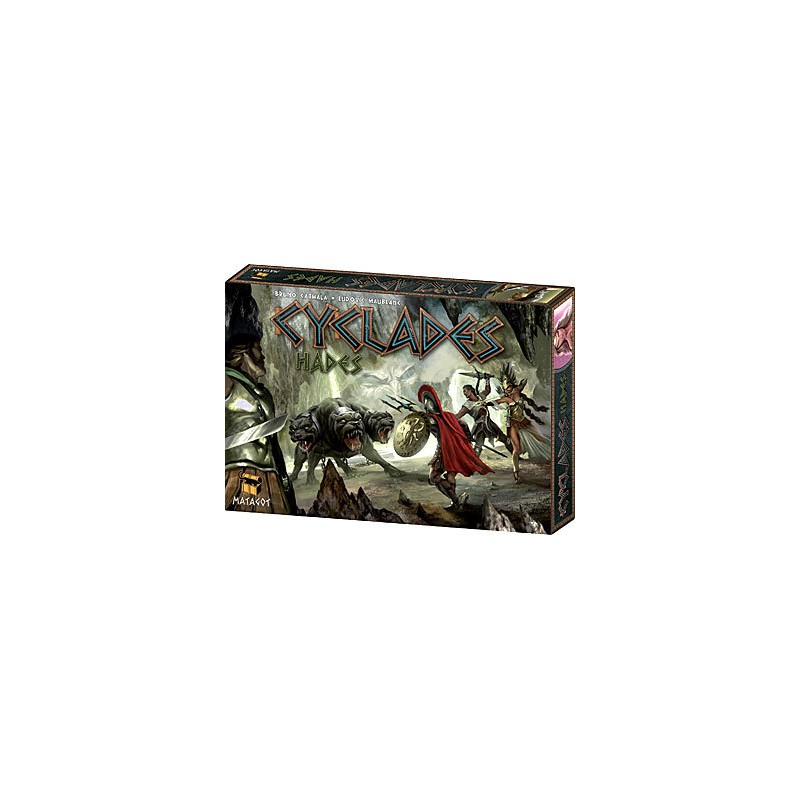 No reward points for this product.

Cyclades: Hades, an expansion for Cathala and Maublanc's Cyclades, consists of four modules that can be used individually or combined in various ways. In the Cycladesbase game, players fight for domination over archipelagos in ancient Greece. They make offerings to gods to secure their favors and summon mythological creatures. The Hades expansion allows players to add Hades (no surprise there) to other gods present in the base game: Zeus, Ares, Athena, Poseidon and Apollo. Players will be able to build a Necropolis and summon undead armies when they gain favors of Hades.