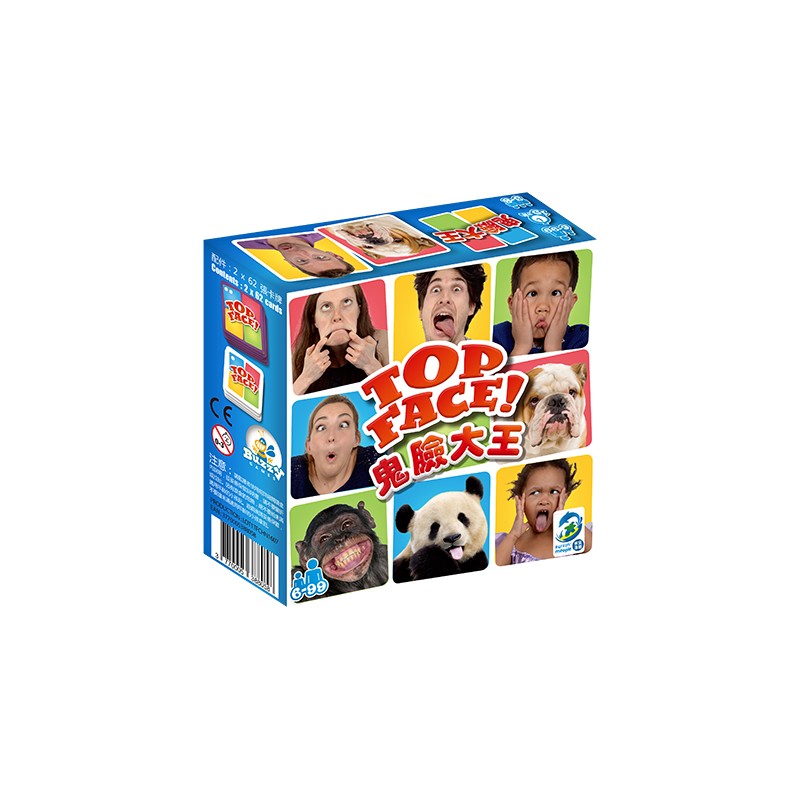 No reward points for this product.

GOAL of the Game

Top Face! unites young and old with 3 different games, each increasing in difficulty.. The games are played in several rounds with 3 to 8 players. Whichever game is chosen, the goal is to guess and makes others as many facial expressions as possible. The value of the cards is shown on their back (1 or 2 points).

How to play to the infernal race

The winner
The game ends after 2 rounds around the table (3 or 4 players) (1 round for 5+ players) or if the deck is finished.The player who has the most points wins.